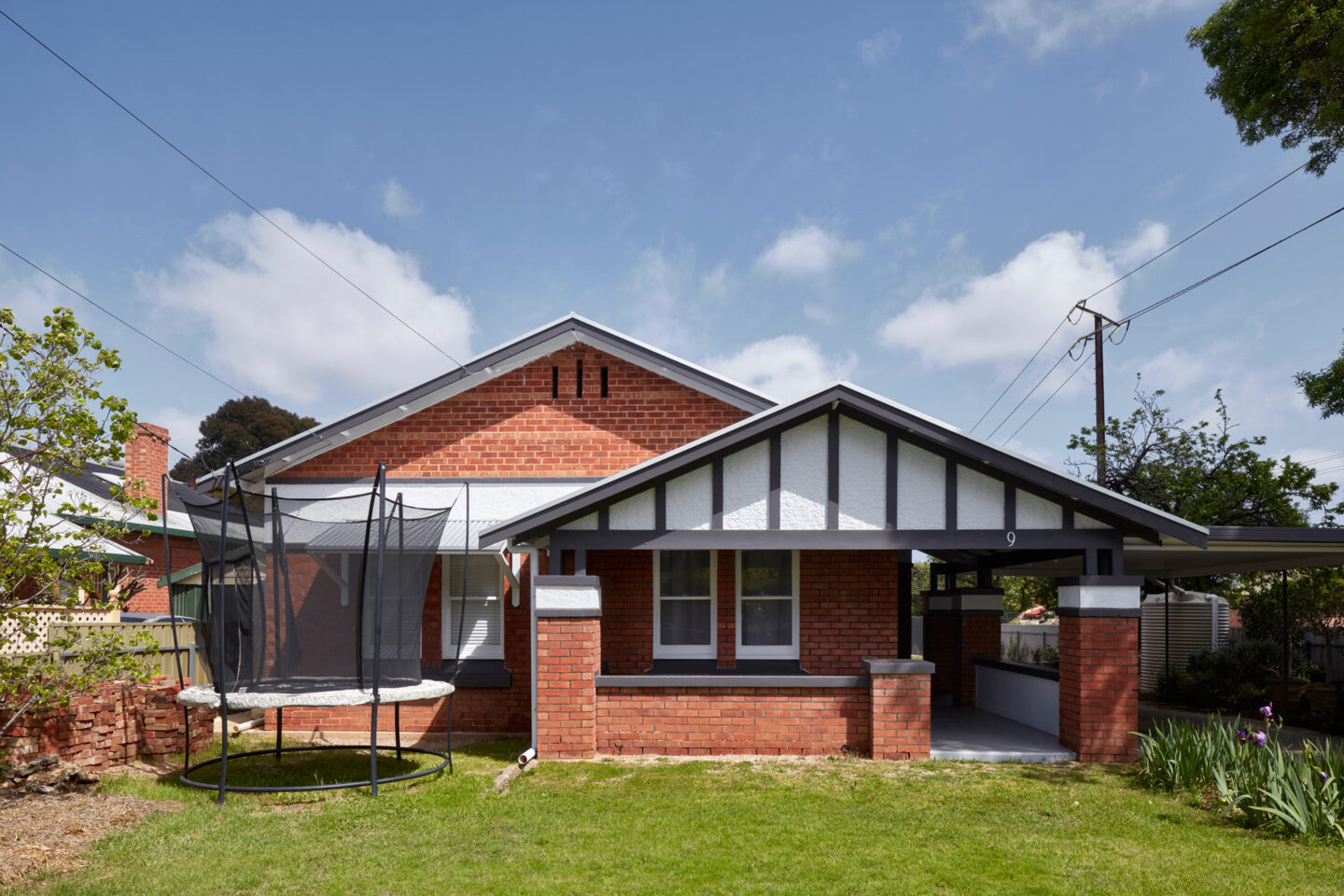 In the leafy suburban context, a tactile assembly of state heritage bungalows lines the streets of Colonel Light Gardens. Briefed with providing additional space for a young growing family presented a series of considerations when proposing a form that would not only complement the existing heritage forms by offsetting through materiality, but equally provide a contemporary form that would minimise the visual impact and neighbour chat from the conservative context.

The site allows for a sprawling low scale form to optimise its relationship to the north aspect whist elongating the internal program through a grouping of defined spaces that direct a visual connection to each other.

A consistent proportion is maintained through the plan allowing an efficient structural layout and form, which is celebrated both internally and externally with open volume gables anchored by flat minimalist forms. A series of emphasised horizontal members span the width of each space invoking an emotive compression of scale and intimacy whist the moments between, explored only whilst stationary within celebrate the raked volumes above.

Externally the facades are clad with a blackened rough sawn timber cladding, bolstered by a rustic white masonry plinth running the perimeter of the addition. Natural hardwood feature claddings and screens relieve the internal aspects to the adjoining street, whilst precisely curate natural light to the inside/ 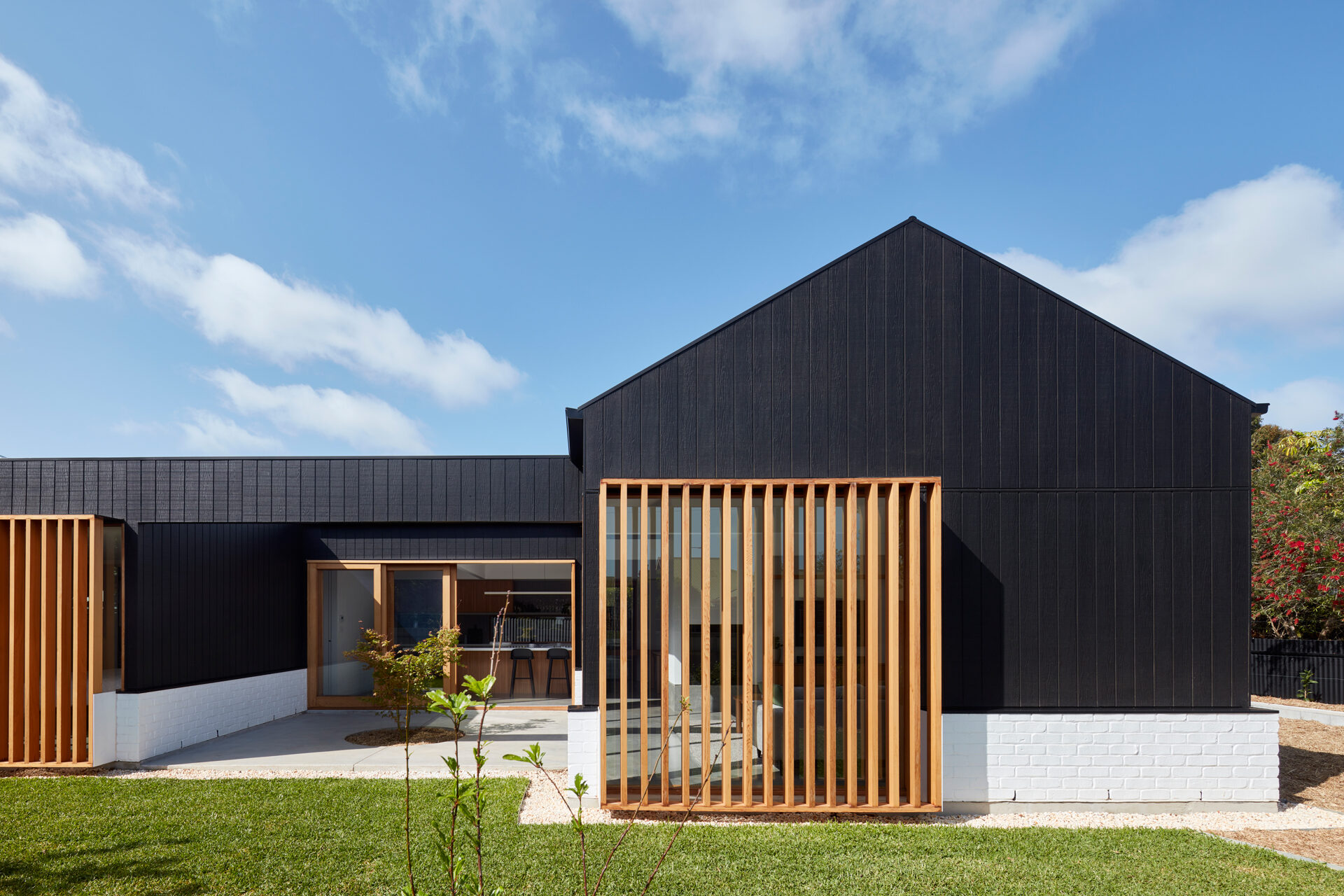 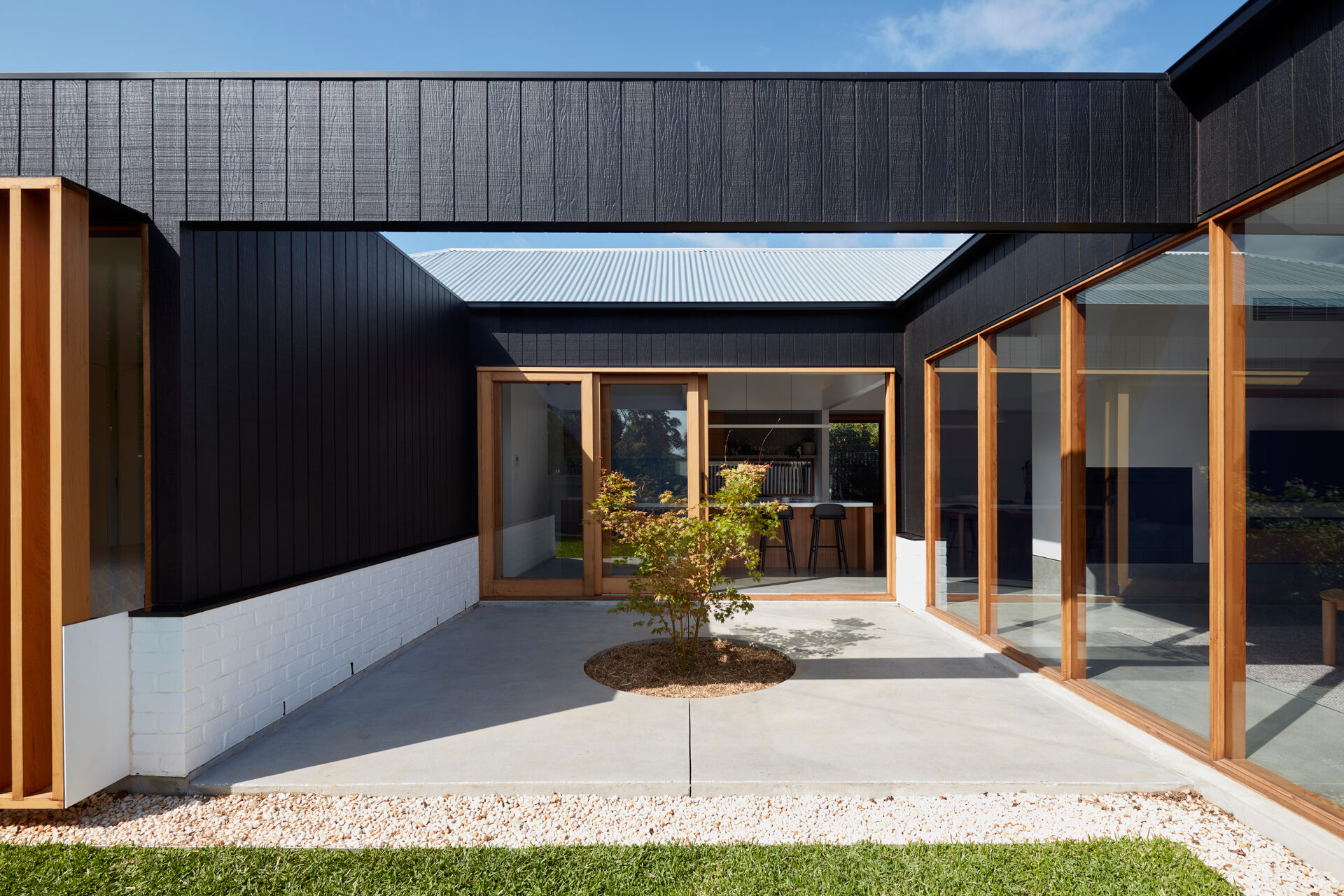 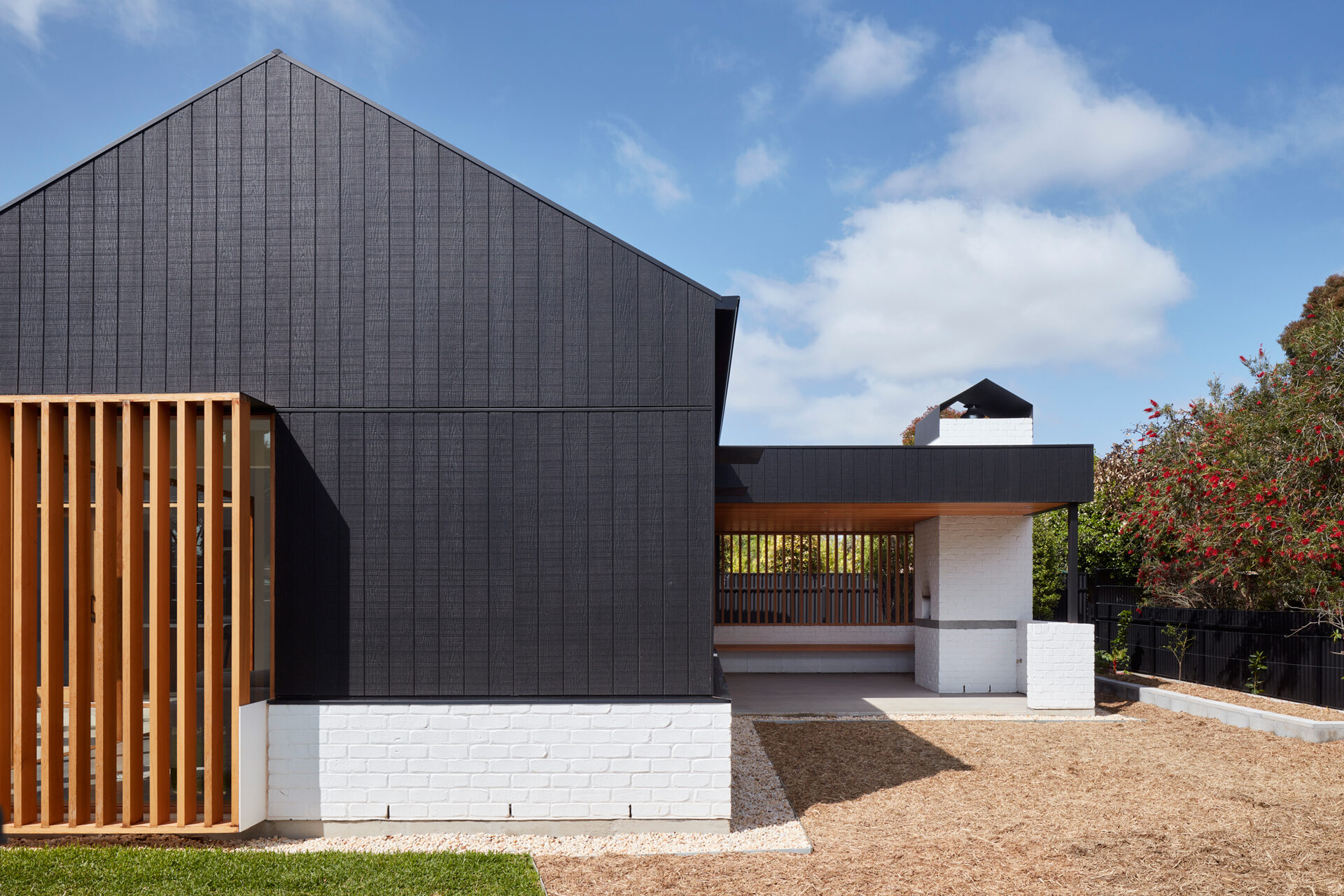 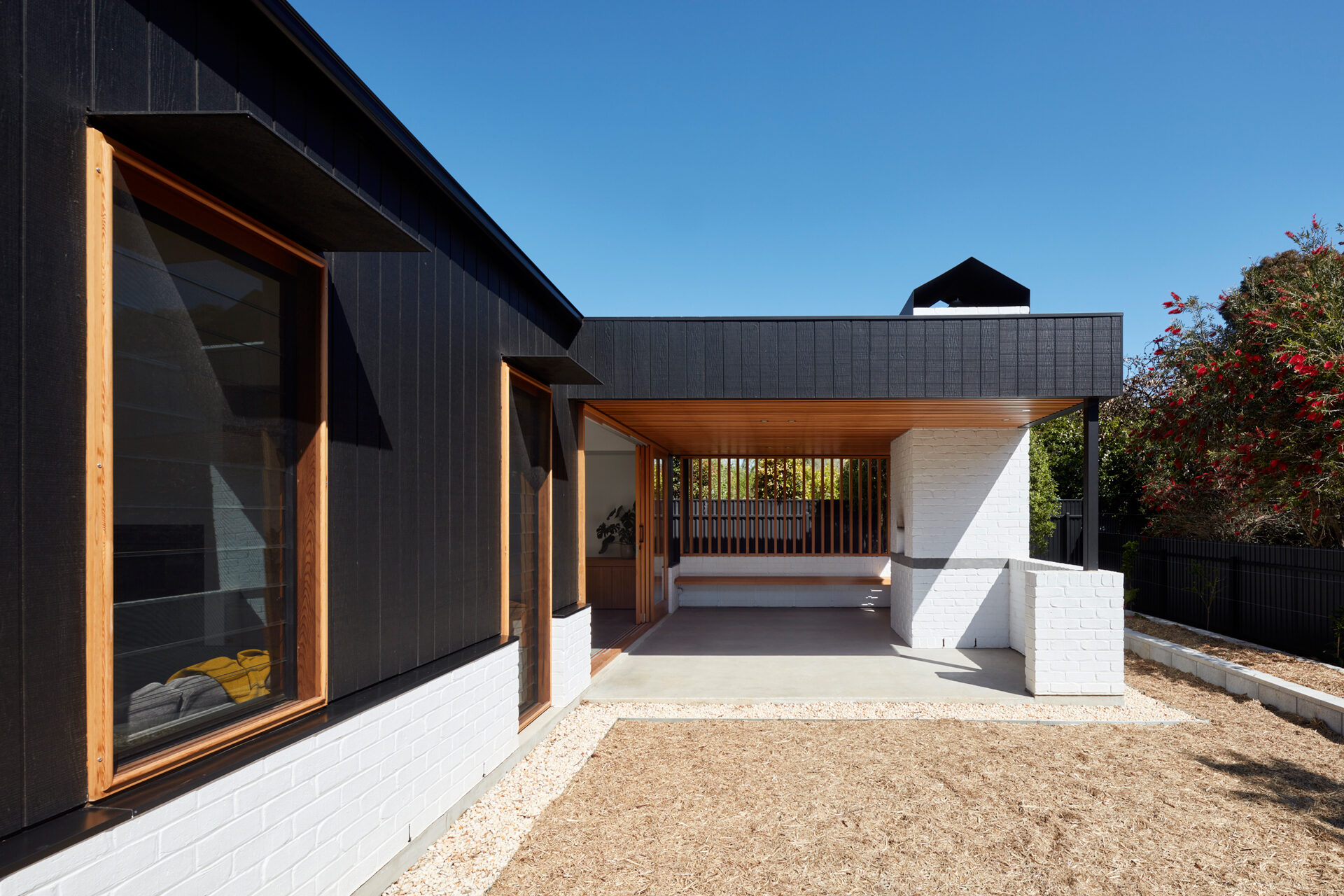 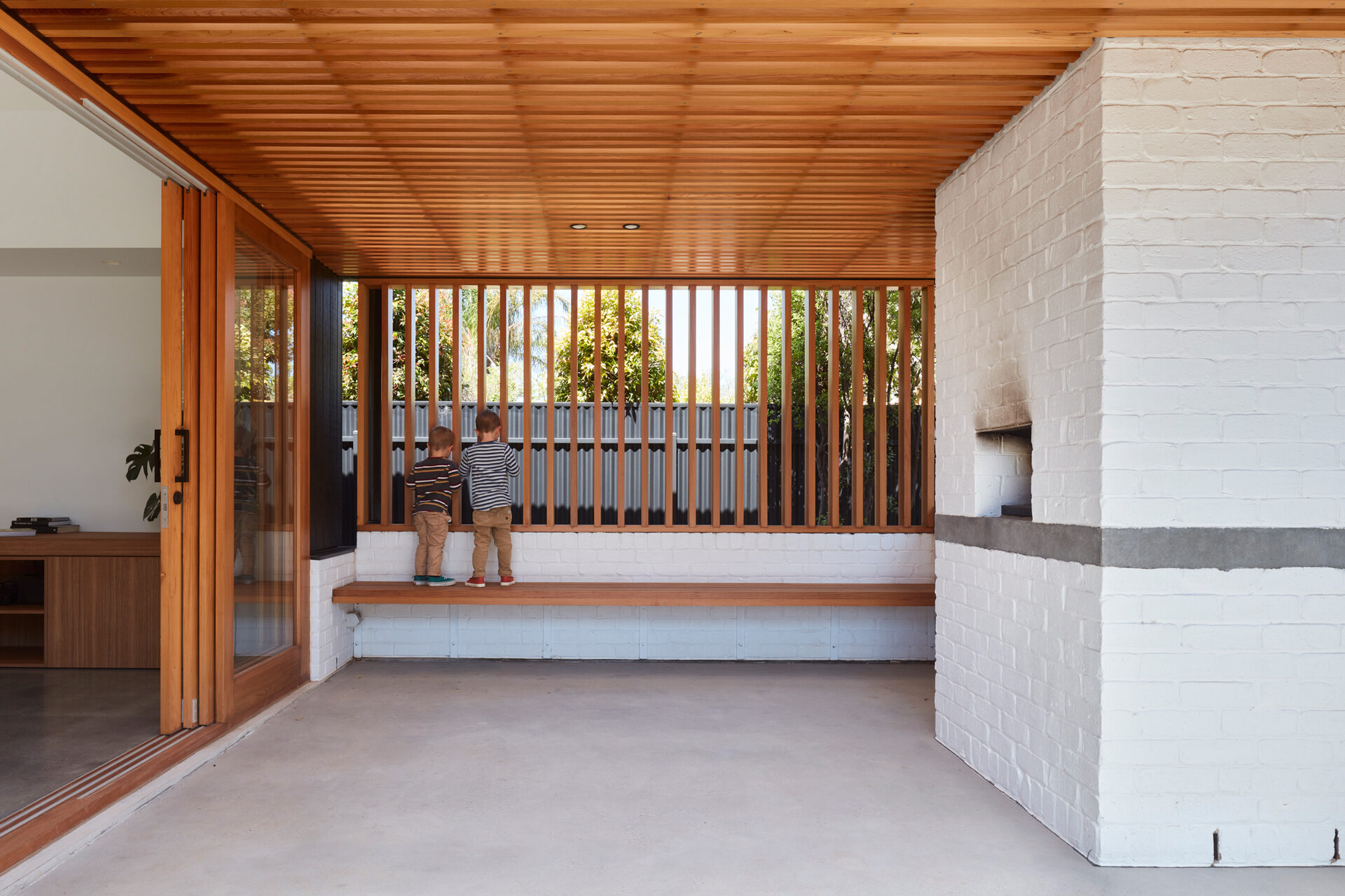 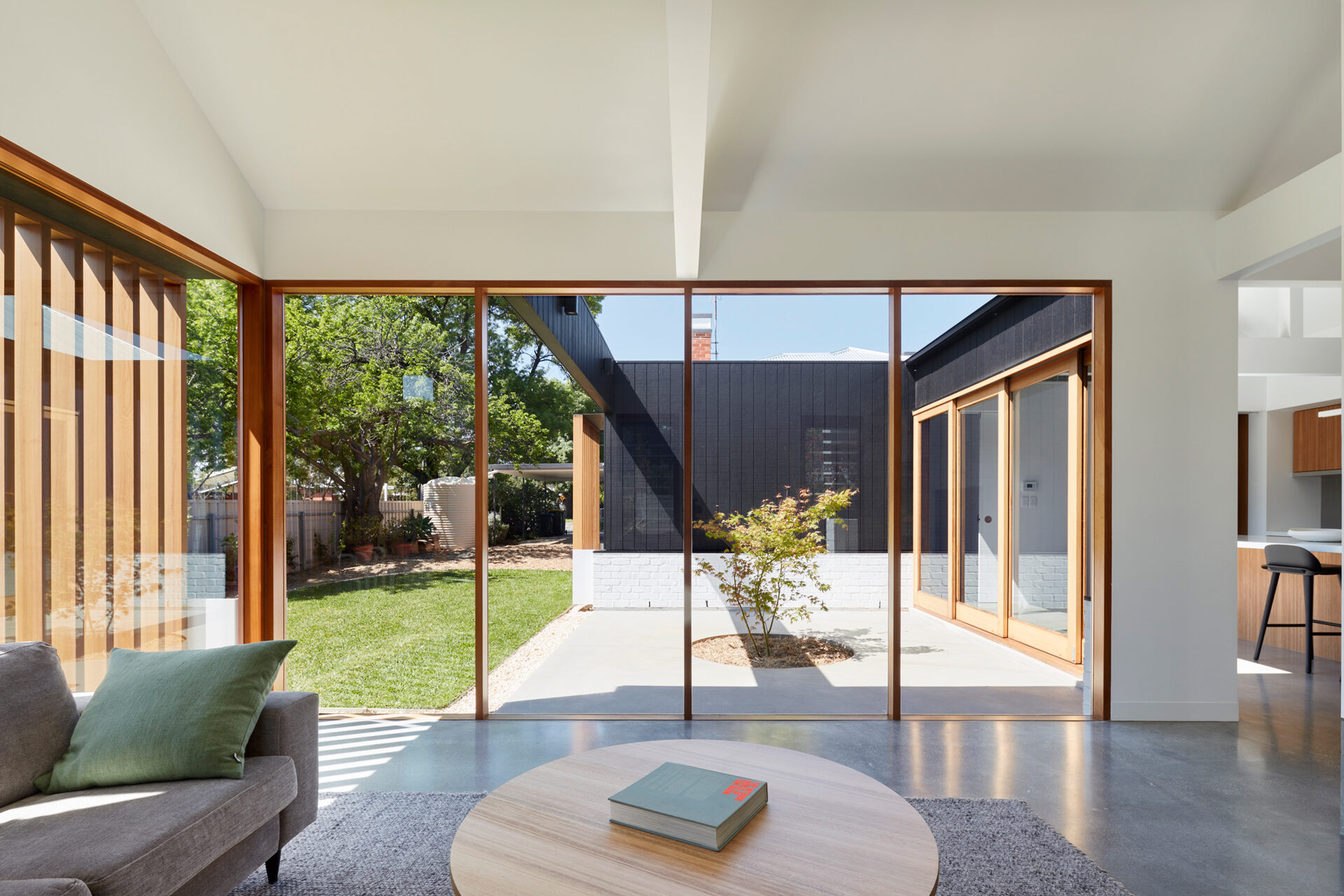 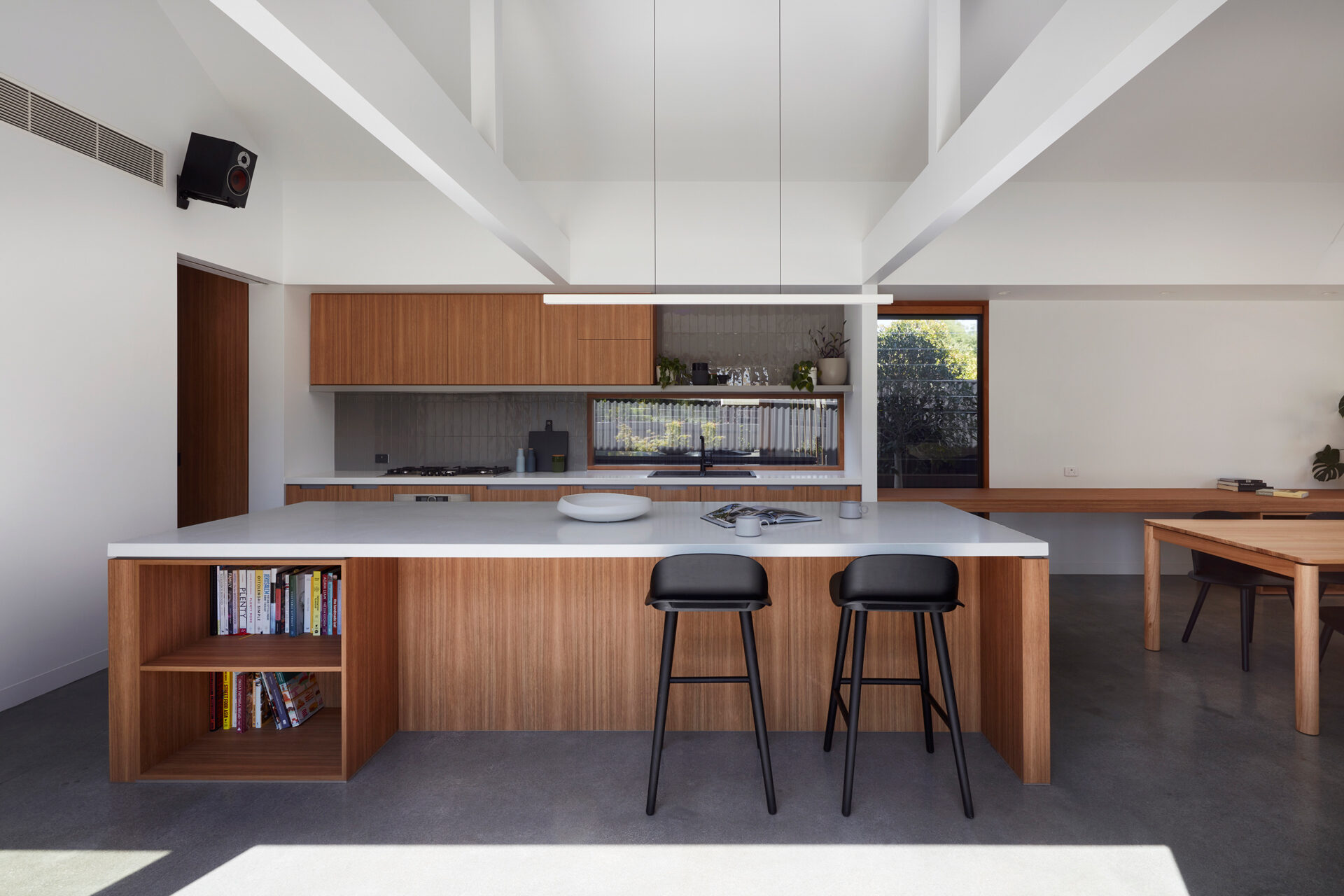 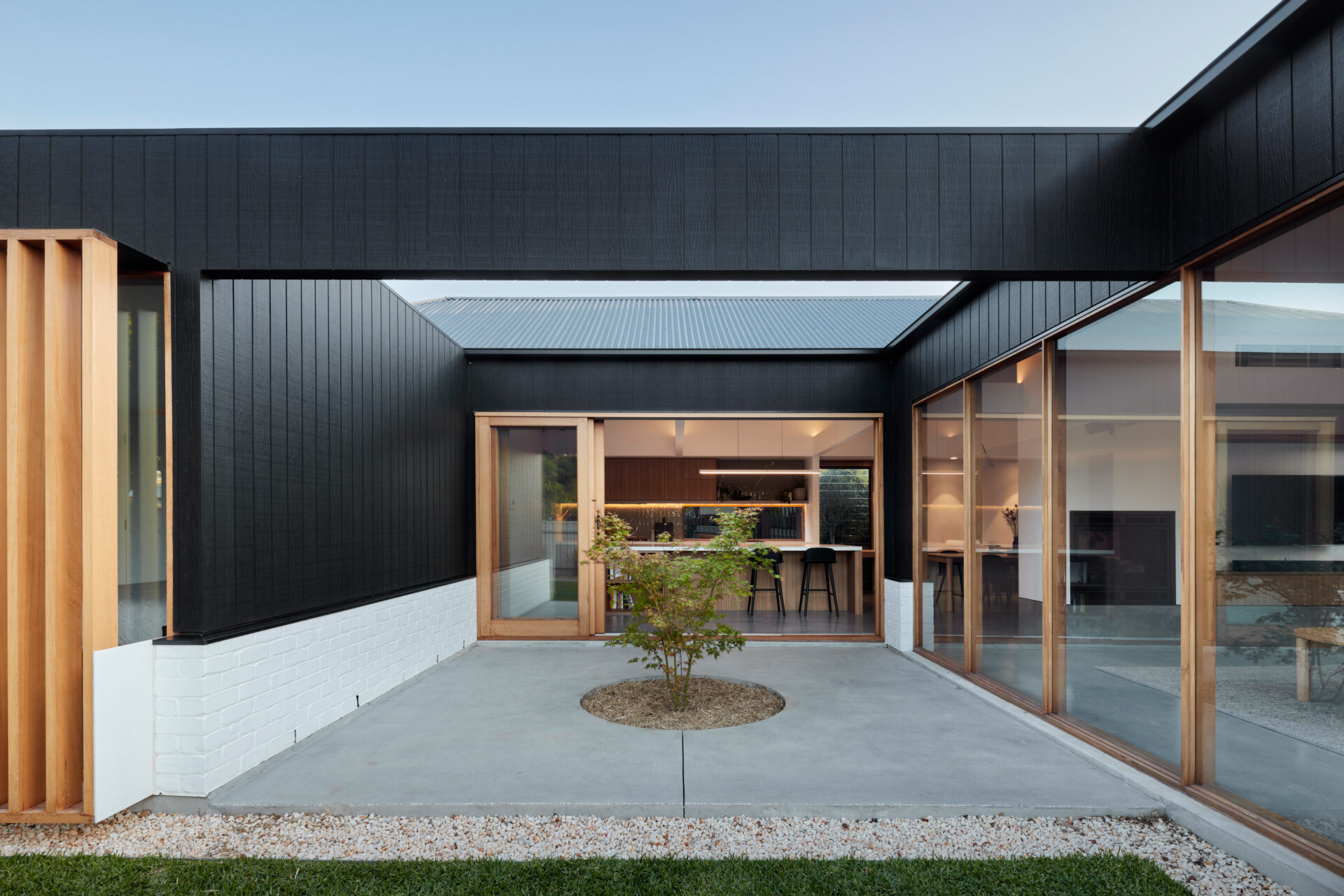